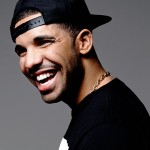 Canadian singer/rapper Drake re-entered the Billboard Twitter chart on November 18 2014 with a track called “November 18”. The date refers to the first time he met Lil’ Wayne, with whom he has toured a lot and is currently recording.

The charts reflect the number of people that referred to the track on that day, an indication that it was becoming popular.

The track is from his mixtape “So Far Gone”. It’s an interesting look in the rear-view mirror, with lots of moody rapping and little of the smooth soulful singing that is now becoming trademark. The two voices in the track are heavily processed over a very bare drums/keyboard backing.

Although it was never released as a single, the track remains one of Drake’s most popular.