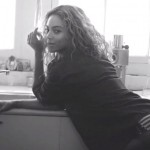 It seems like a strange situation. The authorities in Norway have opened an investigation to see if the streaming figures of Jay Z, Kanye West and Beyoncé were over-estimated on the Tidal site. The only reason to do this would be to inflate their earnings from the site.  The Norwegian newspaper Dagens Næringsliv published a report accusing Tidal of intentionally falsifying streaming numbers for Beyoncé’s Lemonade and Kanye West’s The Life of Pablo albums. According to the detailed report, this led to inflated royalty returns to the respective artists’ labels.

But the question arises: why would they inflate the numbers and therefore increase the royalties they pay to artists. One possible explanation is that Tidal was deliberately inflating the numbers of its subscribers to promote its service. Lemonade was one of a number of albums available exclusively on Tidal. The site was launched with the support of major artists, in a bid to create a more favourable environment for the artists.

Although he was a shareholder at the launch of Tidal, Jay-Z has since then sold his shares to the Softbank group for a reported $200 million. He has claimed that Tidal owes him $3 million in streaming royalties. As the Norwegian authorities are interviewing former employees of the company, maybe he’ll find that the figure is not a s high as Jay-Z feels.

Tidal gas denied any wrongdoing in this affair.